Come and hear Sundus Azza talk about her involvement in community activism against illegal Israeli settlement and occupation in the West Bank.

Sundus Azza, 25, is an activist from Hebron, Palestine. She lives a few meters away from an illegal Israeli settlement and faces regular harassment from extremist Israeli settlers.

Her house has been vandalized and her and her family violently assaulted by settlers as well as soldiers. She has been a volunteer with Youth Against Settlements since 2008, documenting human rights violations as a media and activity organizer.

Youth Against Settlements is a Palestinian grassroots initiative to promote nonviolent community resistance against the Israeli occupation. The Open Shuhada Street campaign is an annual call to end the closures, restrictions, human rights violations, and occupation in the city of Hebron and all of Palestine.

Benjamin Ladraa is a Swedish activist, who last year walked 5000 km from Sweden to Palestine to raise awareness about human rights violations under military occupation in Palestine. After 11 months of walking across 13 countries, he was interrogated by Israeli authorities for six hours and denied entry on a false premise.

After several months of talks around the US, we are welcoming Benjamin as part of his UK tour.

Hear Benjamin speak about his experiences, the situation of human rights under Israeli occupation, and the next step in his #WalkToPalestine campaign.

Here’s a taster of Reem in action from her concert earlier this month in Sheffield: https://www.youtube.com/watch?v=jOTAD5dDvcs

For tickets, go to: https://www.eventbrite.com/e/reem-kelani-in-concert-in-cambridge-tickets-48691438403?aff=ebdssbdestsearch

Dr Mona Jebril will discuss her Cambridge PhD research on the impact of the siege and conflict on higher education in Gaza. The study explores the past and present higher education under occupation, and how this experience may be evolving in a shifting socio-political context in the Arab world. It is a pioneer contribution to the development of Palestinian higher education and to the dialogue on the Arab Spring from the Palestinian perspective.

Afterwards there will be an opportunity to ask questions . After refreshments the Cambridge City group will hold its monthly campaigns meeting from 9-10pm – newcomers are very welcome, especially if you would like to find out more about getting involved. 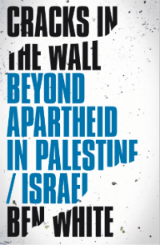